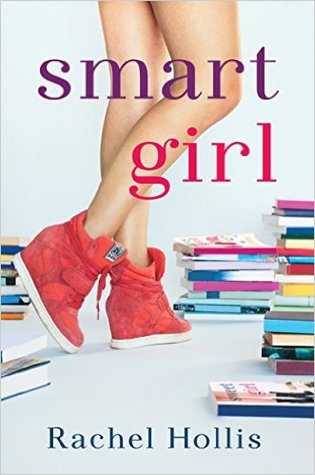 It took Bella ages to convince Edward to let down his guard. Why should my own love story be any different?

Note: I was given a free copy of this book by Net Galley in exchange for a review.

Brilliant designer Miko Jin is a hopeless romantic. She’s spent most of her life falling in love over and over again…with the men she finds in the pages of her favorite novels.

When Miko meets Liam Ashton, it’s love at first sight. At least, for her. Sure, the two of them are polar opposites, and yes, he seems to be dating someone new each week. But Miko knows what true love is and that you can’t rush it—after all, what she lacks in real-world experience, she makes up for in book smarts. With novels as her guide, and her best friends by her side, she knows she can get Liam to love her back. But just like any good romance novel, fate has a few plot twists in store. Will Miko get her own happy ending? Will she find the strength to stand up for what she deserves even if it means breaking her own heart?

This book is simply fantastic.  I was a little apprehensive as I wanted a positive experience for my first ARC review and Smart Girl did not disappoint.

There were a lot of characters named early on in the book, and I did spend the first few chapters overwhelmed by the number of people to keep track of (in fact, by the end I still wasn’t sure which members of the Ashton family were dating who). Despite this, I found the characters I could keep track of really engaging.  Miko was a brilliant character who made the story fun and light-hearted. She had a creative, enviable job and was working hard to build herself a career.  She had a supportive friend network and family, which was a nice change from the sorts of characters who are saved from their mundane lives by a man (I’m looking at you, Swan). Miko already had it all, but getting Liam would have been nice anyway.  As well as humour, the characters all had a great chemistry, and it was easy to become immersed in their lives.

Another huge source of enjoyment were the popular geek culture references. I love it when a book draws from things I have an interest in – I feel a greater connection with the writer, like the writer has put them in as a secret wink to people like me. References included fantasy books like The Hunger Games, Harry Potter, Twilight and The Avengers, and also cosplay and even The Fault In Our Stars.

This is a huge opportunity for me and my career. But honestly, my career doesn’t even factor into this equation. What I think is that forced-proximity romance is one of my favorite literary tropes, that’s what I think!

The literary references were a big part of the plot in the end, as Miko makes a list of methods of attraction from her favourite books.  I always like when characters are bookworms, even more so when it is actually relevant to the plot.  The only reference I didn’t really get was the one to 50 Shades of Grey.  Miko attempts to woo Liam by asking him the same questions that Anastasia asked Christian Grey in the book.  The scene, intending to be humorous, just made me cringe and I felt that the story could have done without it.

The book was a lot of fun, and I was constantly laughing.  One such funny moment is when Miko attempts to find a new nervous tick to replace her popping knuckles, and tries to nibble on her lip instead, much to Liam’s amusement:

For the record, I’m pretty sure you’re supposed to bite your bottom lip – and just on one side.

The story wasn’t all light-hearted laughs though.  By the end of the book, I honestly had no idea what would become of Liam.  I love to be kept guessing until the end!  Even through her obsession with Liam, Miko’s attachment is written in a way that shows it is unhealthy – Miko’s relationships and work suffers, and the story carries with it a good moral:

Two half people don’t make a whole. You’ve got to be completely whole on your own before you can be one half of anything.

As a creative and fashionable person, I loved Miko’s unique outlook.  One of her quirks is that she likes to design her appearance in a way that invokes three words.  It made me wonder what three words I would use to describe the book.  I think I will settle for: witty, romantic, quirky.