My father and mother should have stayed in New York where they met and married and where I was born.  Instead, they returned to Ireland when I was four, my brother, Malachy, three, the twins, Oliver and Eugene, barely one, and my sister, Margaret, dead and gone. When I look back on my childhood I wonder how I survived at all.

(Curious?  Read on to find out which book this extract is from…) 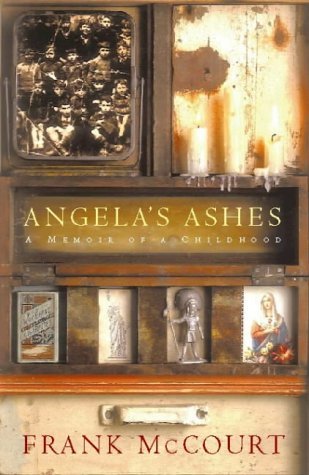 The luminous memoir of Frank McCourt, born in Depression-era Brooklyn to recent Irish immigrants and raised in the slums of Limerick, Ireland. Frank’s mother, Angela, has no money to feed the children since Frank’s father, Malachy, rarely works, and when he does he drinks his wages. Yet Malachy—exasperating, irresponsible, and beguiling—does nurture in Frank an appetite for the one thing he can provide: a story.

Have you read this book?  Have you ever chosen to read a book based purely on an extract, and if so, did it work out well?  Share your experiences!  Click here for more first lines.