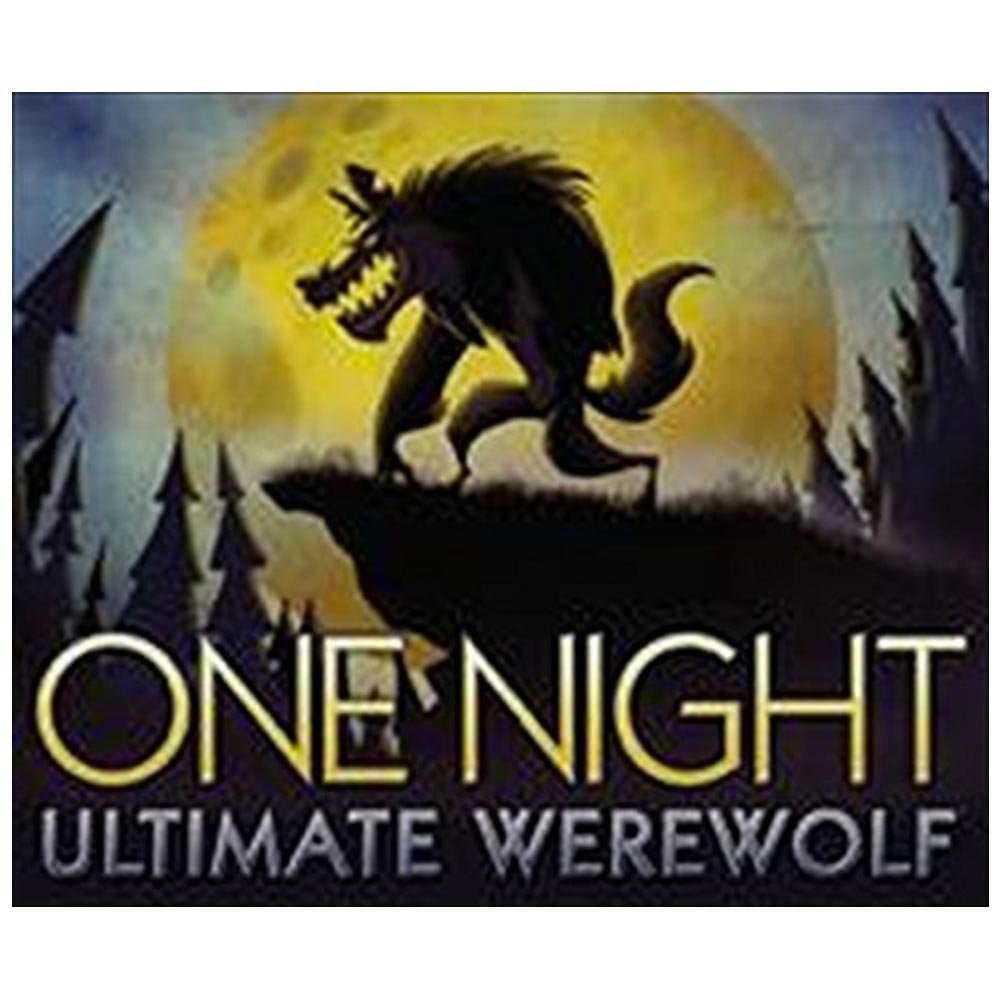 Players: 3+ (I recommend at least 4 to make it as challenging as possible)

Duration: Short (no more than 10 minutes per game)

Are you a good liar?

Could you lie to your family and friends to save your own skin?

One Night Ultimate Werewolf is a quick card game, where every player is given a role at random.  However, hidden among the innocent villager cards are werewolf cards, and as night descends and players perform their designated tasks one at a time (while everyone else has closed eyes), anyone could be a werewolf by morning.  Players must vote on who to lynch in the group, deciding who is telling the truth and who is lying to hide their identity.

Sound familiar? It has a striking resemblance to PC multiplayer game Town of Salem – fans of ToS will love One Night as it retains all of its best features while adding the personal, face-to-face element.

For those of you not familiar with ToS, a major element of the game is deduction. One Night Ultimate Werewolf is the same – you won’t know which roles the other players have started out with, you certainly won’t know what happens when your eyes are closed at night. This means that everyone must play detective, all at once. Cue the shouted accusations, the finger pointing, the screams of “lynch him, lynch him!” Who knows which of the players have teamed up, what their motives are. Lifelong friendships will be tested!

There is also a free downloadable app which calls out each player one at a time and reminds them what to do – this is especially handy when you start mixing in new characters. You can also choose some atmospheric music to accompany the game (we recently played with Disco).

Game highlight: Being a werewolf, opening your eyes and realising one of your best friends has her eyes open too. Ten seconds of suppressed giggles ensue and wild hand gestures to mutually agree who you will both team up against.

In summary: A great game to get out at parties, leaving irreparable damage to friendships. Once you know how well your friends can lie, you’ll never trust them again!

For a walkthrough of the game, check out the video below:

One Night Ultimate Werewolf is available to buy on Amazon.

Have you ever played this game before?  Share your experiences!